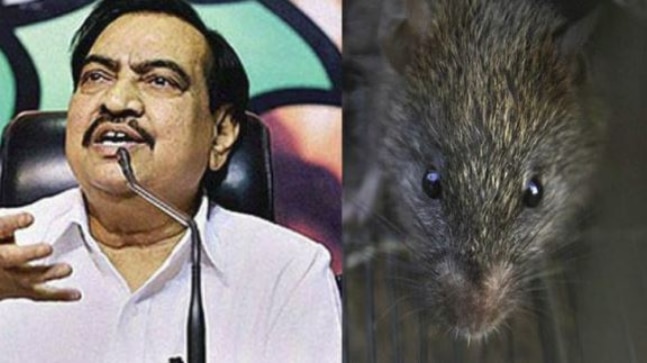 The stench of the rat scam becomes more and more murky as new details emerge in the case. An India Today investigation revealed that the address of the company mentioned in the contract is false.

On Thursday, top BJP leader and former revenue minister Eknath Khadse raised questions about the contract in the Legislature. Khadse had asked how more than 3 lakh rats were killed in a week.

The rodent eradication contract inside the Mantralay building has been awarded to the â€œVinayak Co-operative labor Organizationâ€. Based on the address provided in the contract, India Today traced the address in Mazgaon in South Mumbai to the Suryakund Co-op Housing Society.

The Shedge family residing in a small apartment building were shocked to see their address mentioned in the contract. â€œI have lived here for 45 years and none of our family has been remotely associated with such a labor organization. My family is shocked and very upset,â€ said Rakesh Shedge, who resides at the address. “I work as a government employee, so I cannot file a complaint against the police, but I would ask the government to take action against the culprits,” he demanded.

Meanwhile, the BJP defended the contract.

â€œAs a pest control exercise, the PWD department has issued 2 tenders for rodent control in the Mantralaya building and annex. According to the contract, 3,19,400 anti-rodent tablets were supplied. never meant that 3,19,400 rodents were killed, â€said BJP spokesperson and MP Ram Kadam.

But, the whistleblower in the case Charan Waghmare, MP for Tumsar in Bhandara district, refused to buy the argument.

“Whatever means they used to kill the rodents, it shows that corruption has taken place. And it’s not just a one-off case, it’s just a tip of the iceberg “said Waghmare.